Richmond was once the main link
between Hobart and Port Arthur

When I got to Richmond, I went straight to see the famous bridge.

I found Australia's oldest bridge to be quite breath-taking.

We enjoyed simply sitting on the banks of the Coal river, gazing up at the bridge. It was quite a peaceful and serene environment. It was really as if time was standing still. You could almost imagine you were back in the 1820s. Until of course a modern 21st century car drove across the bridge!

Coal was once mined on the banks of the river - that's how the river got its name. Mining began back in 1805, even before the convict-built bridge was completed in 1823. 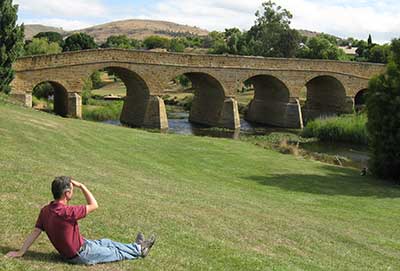 Near the bridge, I saw a sign stating that you could apply for a permit to hold a wedding ceremony beside the river. It was easy to imagine beautiful wedding photos - radiant couple in the foreground, the gorgeous sandstone bridge in the background.

After visiting the bridge, we traveled the short distance back into town to have a look around. 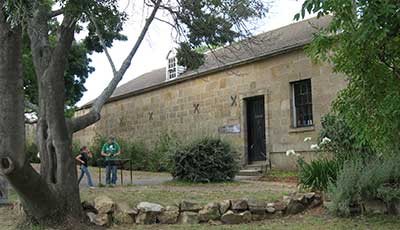 We came upon the old gaol.  It had been built as part of the system of police districts set up by Governor Arthur.  Each police district had a magistrate, a chief district constable and a team of field police.  The police districts were established as a way to keep track of the thousands of convicts in Van Diemen's Land.

In those days, Richmond was an important connection between Hobart and the east coast as well as the Tasman Peninsula. Hence it was the centre of the major police district at the time. 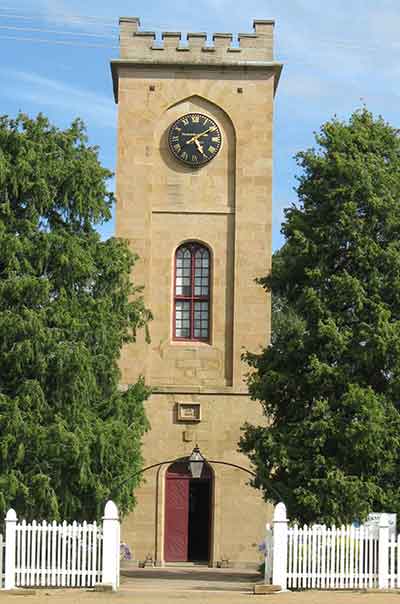 As I wandered around town, I was drawn to this church. I'm not referring to anything spiritual (although who knows what forces were at play). I mean that I like the way the church looked.

It is St. Luke's Anglican church, convict built and completed in 1835/6. It is Richmond's oldest church and one of Australia's oldest. The foundation stone was laid by the same Governor Arthur mentioned above. 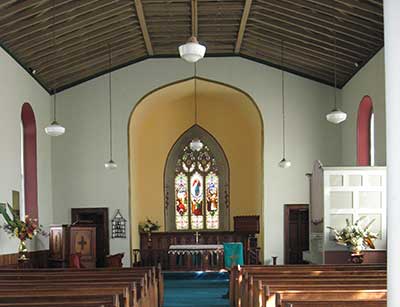 James Thompson was the convict who did the original timber work inside the church. For his trouble he was granted his freedom. What a happy outcome for him! 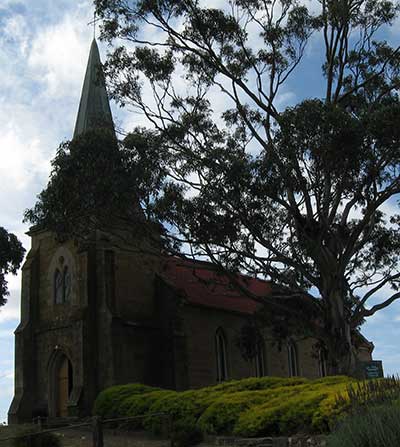 And of course I could not miss visiting Australia's oldest Catholic church. St John the Evangelist's church was completed 1836/7 and is still in use today.

Return from this Richmond page to Places to go page