There are many places in Tasmania showcasing the beauty of nature and the Royal Tasmanian Botanical Gardens is certainly one of those.

Apart from the beautiful gardens, the site also has historic significance.

Local Aboriginal tribes used to occupy the area. Charles Darwin, during a visit in February 1836, came across what he described as "shells brought by natives." It is believed that he actually found an Aboriginal midden site.

Then of course there are the two convict built walls. The building of the Arthur Wall (named after Governor Arthur) commenced in 1829. I was fascinated to discover that it was internally heated to allow for the growing of exotic fruits! Apparently in England, this was common practice for the purpose of extending the growing season of fruit trees.

How was the wall heated? Heat from three furnaces passed through a system of ducts in the wall. The smoke finally passed out through chimneys located in pillars in the wall. This was the latest in gardening technologies back in those days. 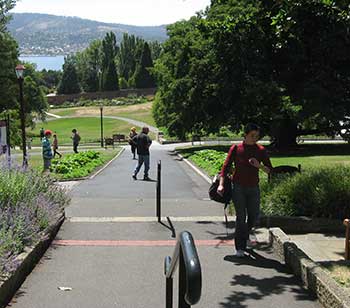 There are so many interesting areas to visit in the botanical gardens. Some of their names should give you an idea:

I had been long looking forward to visiting the world's only SubAntarctic Plant House. Inside the building, they have tried to recreate the climate of Macquarie Island, from where the plants come.

On Macquarie Island, the climate, though severe, does not change much. The temperature ranges from four degrees below zero to 4 degrees above (Celsius). Three hundred and twenty days of the year it rains! On average there is only two and a half hours of sunlight per day. Imagine mist, fog, gales and wet soil and there you have it. These are the conditions loved by subantarctic plants. 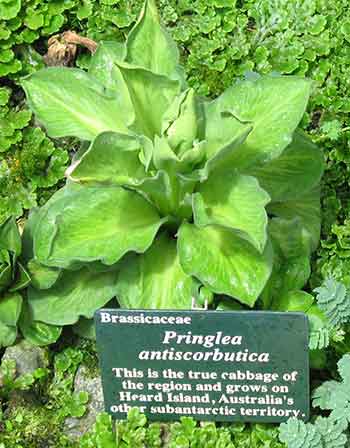 Do you like cabbage? This is Kerguelen cabbage. It is edible, and is rich in potassium as well as Vitamin C. In days past, this cabbage would have been highly recommended for sailors suffering from scurvy. 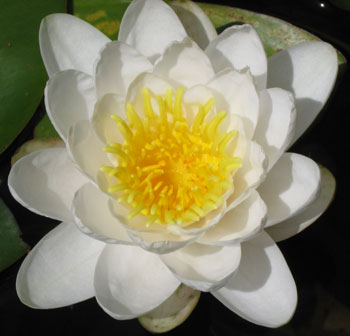 I've been to many Japanese gardens but I never seem to tire of them. I love those lanterns, water lilies and red bridges. I'm drawn to the hidden spots tucked away where you can have a rest on a bench and just reflect on all the surrounding beauty.

At Fuchsia house, I delighted in the bright colours. As you can see, I wasn't the only one. I caught this bird in the act of drinking from a flower. I trust it tasted good! 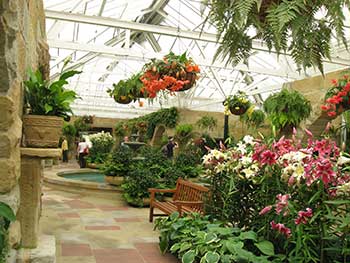 The Conservatory at the botanical gardens was another place I enjoyed. There were so many amazing colours and scents. I have a soft spot for sandstone - another reason for me to linger a little longer. Apparently the Conservatory was completed in 1939, with some of the sandstone taken from a demolished section of the Hobart General Hospital. It's available for hire, and I would certainly agree that it would make a perfect wedding ceremony venue.

I was fascinated by the story of Lady Jane Franklin, after whom the "frankliniae" plant is named. On the notice in front of the plant, this is what I read:

Lady Jane Franklin (1791-1875) was the wife of Tasmanian Governor and polar explorer Sir John Franklin. Among the colony's most cultured, and dynamic women, she was an intrepid naturalist participating in numerous expeditions. She was the first European woman to travel overland from Hobart to Macquarie Harbour in 1842.

In 1845, her husband disappeared searching for the North West Passage in Canada. Lady Franklin spent years financing and mounting expeditions to find him - without success.

I admire her for her independence and her influence, and at the same time sympathise with her plight relating to her missing husband. A fascinating life! 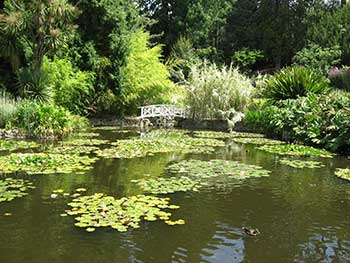